Irene was surrounded by her eight children's families, including 14 grandchildren, 15 great-grandchildren, and one sister-in-law. Irene was joined via Zoom meeting with her sister residing in Texas.

One of the gifts that Irene received was a framed letter from Iowa Gov. Kim Reynolds congratulating her on the milestone birthday. The mat, surrounding the letter, was signed by all those in attendance, and then framed. Nieces and nephews sent congratulating cards with their best wishes for the honoree.

A few days later on Sept. 7, Irene's birthday, six of the children and their spouses returned to celebrate Mass with Irene and a party at Fishback & Stephenson Cider House in Fairfield. 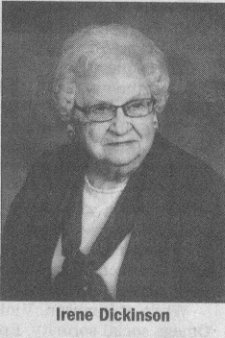