John and Connie ESTLE of Fairfield, will celebrate their 50th wedding anniversary with an open house hosted by their children and grandchildren from 2-4 p.m. Sunday at the Best Western Fairfield Inn.

Mr. ESTLE was co-owner of Estle-DeLong Construction and a former Jefferson County supervisor. Mrs. ESTLE was a teacher's associate for special-needs children in the Fairfield Community School District. 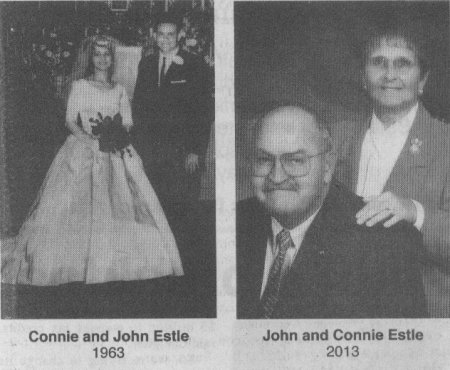