Harold A. and Shirley M. YODER WHITMER of Peoria, Ill., were married March 18, 1962, at First Methodist Church in Savanna, Ill., and will celebrate their 50th wedding anniversary, with a family gathering hosted by their children at their home March 31.

Mrs. WHITMER was born in Fairfield.

The couple has three children: Scott WHITMER and wife Daphne of Foristell, Mo.; Kristina ALCORN and husband Ron of East Peoria, Ill.; and Brian WHITMER and wife Rebecca of Creve Coeur, Ill. They have six grandchildren. 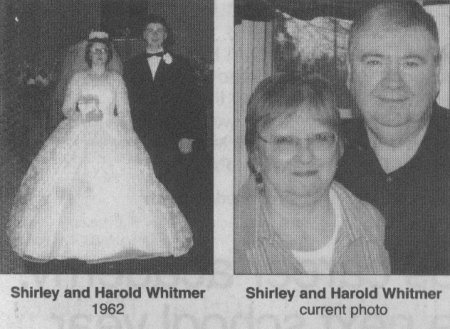