One of the Oldest and Best Known Citizens of Iowa County Passes Away,

Sylvester Sherman, one of the pioneers of the county and a man widely known and universally honored, died at his home in the city Tuesday evening. The deceased was a native of Ohio, where he was born Jan. 8, 1822. He grew to manhood in his native state. At the age of 21 he went to Bridgeport, Conn., where he married Miss Irene Peet. Soon after he embarked in the mercantile business in New Haven, where he remained for some time. From there he went to Thornborough N.C., and engaged in the turpentine industry, but the fame of the new state of Iowa attacted him, and he came west first settling on a farm near White Pigion, Keokuk county. Forty years ago he came to Iowa county, and settled on a fine farm in Iowa township. He served one term as County Judge and County Auditor, fillilng the latter office from 1872 to 1874 at a time when his party was in hopeless minority and his election was due to his great personal popularity. In 1879 he removed to Honey Creek township where he resided until about eight years ago. Since then he has resided in Marengo.

Six years ago he received a paralytic stroke which partially paralyzed his right side, yet he was able to get around with the assistance of a cane, until about two weeks ago, when a second, and severe stroke almost totally disabled him, and resulted in his death.

Mr. Sherman was an amiable and high minded gentleman of kind impulses, and uniform courtesty, whose admirable qualities won him numerous and lasting friendships. In 1869 he allied himself with the Masonic fraternity and while health permitted was a regular attendant at the communictions of his lodge.

He leaves, besides his widow, a family of one son and four daughters. S.F. Sherman, living near Ladora, Mrs. W.C. Schultze, of this city, Mrs. Emma Jones, of Oakland, Cal., Mrs. Cora Jones, late of Colorado, and Mrs. May Jennis, of Pittsburg, Kansas.

The funeral is from St. James' Episcopal church this afternoon at 2 o'clock, services to be conducted by Dr Judd. The burial will be by the Masons in the I.O.O.F. cemetery. 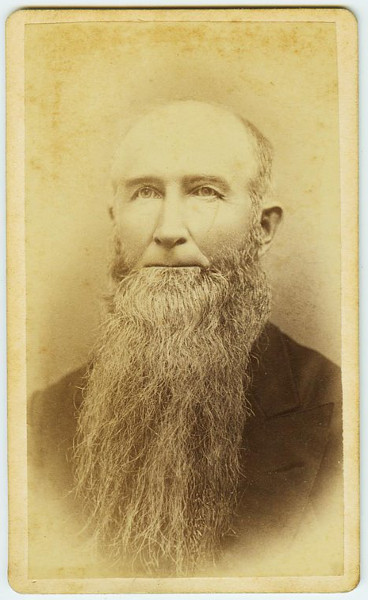