John Jerome Moe was born on August 16, 1923 to John T and Thelma (Kven) Moe in Cresco. He graduated high school in Northfield, Minnesota with the Class of 1941.

On September 6, 1953 John married Irene Christians at the Immanuel Lutheran Church in Cresco. To this union two daughters were born, Cynthia and Linda.

John spent 22 years in the United States Army, receiving the rank of Major. He was a graduate of OCS in Kansas. John was a WWII veteran and had the opportunity to take part in the Honor Flight in 2009.

After retiring from the military, John took on the role of transportation director for Howard Winneshiek Schools. With additional time off during the summer, John and Irene took the girls on long family vacations. Some trips lasted up to 6 weeks, coming home only in time to map out the new bus routes.

He was a proud member of the American Legion in Northfield and the VFW in Cresco. John was on church council at Immanuel Lutheran and held a seat on the Cresco City Council. Making time for fishing always rated high on the list too.

John is preceded in death by his parents, his wife of 57 years, Irene and a sister, Joyce (Floyd) Weed. 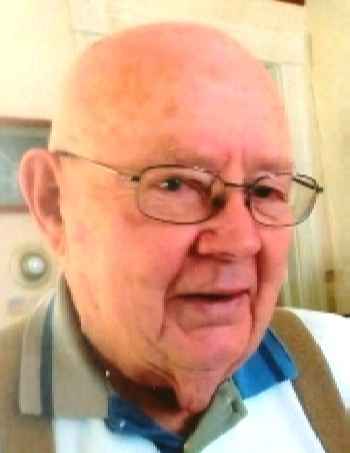