CRESCO - Funeral services for Paul Haight of Cresco, Iowa were held at 11 a.m. on Friday, June 28, 2013 at the Cresco United Methodist Church in Cresco. Interment was held in Oak Lawn Cemetery in Cresco.

Paul Haight was born Jan. 26, 1920, the son of Chester and Lela (VanSyoc) Haight. He graduated high school in 1938 and served as class president his senior year and received the outstanding senior activities award. He entered Iowa State College where he worked his way through school. He was elected Social Chairman for the entire school his junior year. Paul graduated with a Doctor of Veterinary Medicine from the College of Veterinary Medicine at Iowa State College in 1943. In the fall of that year, Paul married Evelyn Thomas.

After practicing in Colorado and Illinois for one year, he returned to Iowa, coming to Cresco in October of 1944, he entered into partnership with Dr. R.B. Helming. He also served as the area representative to the Iowa Veterinary Association.

He was a member of the Cresco Methodist Church, where he served on the Church Board for many years as Chairman of the Building Committee for Remodeling, as steward, trustee, and layleader. He was very active in Kiwanis as well, serving as President, and foremost spearheaded Kiwanian interest in what has become the Evans Memorial Home. He was appointed Chairman of the Community Building Committee and upon completion of the home, served as its first President and Chairman of the Board of Directors. He remained an active board member and served again as its President in 1966.

Paul was also a member in the Cresco Masonic Lodge #150, he was past Worshipful Master; a 32nd degree Mason and Shriner. He was an enthusiastic Scouter, being the Chairman of Boy Scout Troup #63, a past President of the Cresco Country Club, and also was on the Board of the Cresco Chamber of Commerce.

Paul loved to golf, hunting locally as well as hunting deer and moose and fishing in Canada.

His accomplishments are not complete by listing his activities as we have. For many in areas not mentioned have been approached by this very concerned man who has asked if there is something that can be done, if there isn't something he could do.

He is survived by his wife Evelyn of Cresco, Iowa; a daughter: Carol (Jim) Amundson of Grovertown, Ind.; a son: Ron of Houston, Texas; a grandson: Eric Amundson of Phoenix, Ariz.; and two great-grandsons.

He was preceded in death by his parents; a sister: Lorna Fry; and three brothers: Orlo, Virgil, and Keith.

Memorials are preferred to the Cresco United Methodist Church or Cresco Kiwanis. 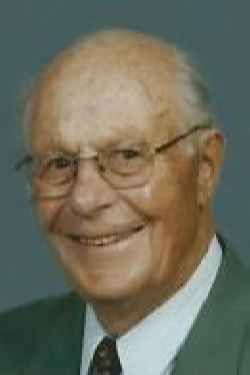