She was born November 1, 1917 in Grundy Center, daughter of Peter J. and Ellen Marie Lynch. She graduated from Grundy Center High School in 1935, and St. Joseph School of Nursing, Ottumwa, in 1939. She worked as a Registered Nurse in the operating room of St. Francis Hospital, Waterloo, for 9 years. At that time the Red Cross sent her to St. Louis to learn how to set up the day-to-day operational techniques of a blood center. She was instrumental in establishing the Waterloo American Red Cross blood center in October of 1949, where she worked for 2-1/2 years.

She was united in marriage to Howard Pete Wilson on October 18, 1951, and they raised two children, Patricia "Trish" Wilson-Meany and Randy Wilson. She returned to nursing for 7 years at the Goodwill Rehabilitation Center and spent the last 3 years of her nursing career as an RN in the psychiatric unit at Covenant Hospital.

She was preceded in death by her husband, two brothers and a sister.

Funeral services will be 10:30 a.m. Tuesday at St. Edwards Catholic Church in Waterloo, with burial at Sacred Heart Cemetery in Grundy Center. Public visitation will be from 4-7 pm Monday at Hagarty Waychoff Grarup Funeral Service on West Ridgeway and for an hour before services at the church. Memorials may be directed to the family to benefit St. Edward's Catholic Church, Cedar Valley Hospice Home, and CW Shelter, a no-kill animal shelter in Nashua, Iowa.

Grace enjoyed sewing, her flower gardens and bowling. Grace was a league bowler for over 60 years with high games of 246 and 232; she bowled with her daughter 3 times a week for the past 14 years finally giving up the sport at the end of the season in April of 2015. Grace had a great love for cats, and shared her home with many, many cats during her lifetime. 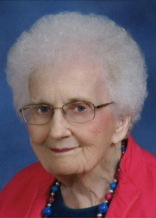