Sylvan Freddie Koupal, 74, of Cedar Falls, passed away with his family by his side on Wednesday, November 4th at the Cedar Valley Hospice Home in Waterloo, after a long and brave battle with cancer. A funeral service will be held on Monday, November 9th at 10:30 AM at the First United Methodist Church, 718 Clay St., Cedar Falls, IA. Visitation will be held on Sunday, November 8th from 2 to 4 p.m. at the French-Hand Funeral Home in Reinbeck and also one hour prior to services at the church. Interment will follow the luncheon at the Reinbeck Cemetery with military honors performed by the Reinbeck American Legion Action Post #242. Memorials may be made in Sylvan's name to Cedar Valley Hospice, 2001 Kimball Ave., Waterloo, IA 50702.

He was born July 24, 1941, in Charles Mix County, South Dakota, son of Emil and Agnes (Hron) Koupal. Sylvan and his family moved to Reinbeck in 1952. He graduated from Reinbeck Community School in 1959. Sylvan enlisted in the United States Army in September of 1959. He was a member of the 3rd Infantry (The Old Guard), from Fort Myer, VA. This group performs ceremonial activities at high level functions and provides guards at the Tomb of the Unknown Soldier. Specialist Koupal was assigned to the Infantry's Company A at Fort McNair, Washington D.C. Specialist Koupal marched at President John F. Kennedy's Inaugural Parade 20 January 1961. While stationed in Washington, D.C. Sylvan met and married the love of his life Wanda Cornett. They were married in 1962 in Elkton, MD.

After returning home from the Army, Sylvan worked for several years at Culligan Soft Water. He then began working at Jim Denning Chevrolet in Reinbeck, IA as a Service Manager for 9 years and for Smitty's Tire and Appliance for 30 years.

He enjoyed woodworking, where he was able to construct a dollhouse for his granddaughter Jessica, enjoyed do-it-yourself projects and finding anything he could to work on or fix. He also enjoyed fixing cars and had a love of Classic Cars and and liked working in his yard. Sylvan also was a very selfless man, putting his family and friends before himself. He would help his neighbors in any way that he could and help his family with anything they needed. He was the definition of a true family man, spending quality time with his family. He loved his walks with his wife Wanda and the two were almost never seen without each other. He loved working side-by-side with his son Steve, and was most proud of his only grandchild, granddaughter Jessica. He was a true gentleman. Although his leaving this earth leaves a huge void, he will never be forgotten by those he leaves behind.

He is survived by his loving wife Wanda of Cedar Falls, his son, Stephen (Karen) and granddaughter Jessica Koupal of Waverly, IA; his brother Kenneth (Erna) Koupal of Cedar Falls, IA and many nieces and nephews. 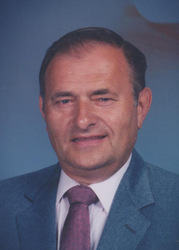