He married Shirley Cain of Beaman in the Reinbeck United Church of Christ on June 12, 1955. They had two sons, Curt and Randy, and farmed in the Reinbeck, Dinsdale, and Lincoln areas for many years, including 37 years as a seed corn producer for Pioneer Hybrid. After retiring from farming, Virt enjoyed being part of the team at CPS of Reinbeck.

Virt was a loving husband, father, grandfather, and great-grandfather and a friend to all he met. In addition to being a passionate card player, good fisherman, and lousy golfer, he enjoyed the many groups he belonged to during his life, including the Masonic Coin Lodge No. 394, El Kahir Shrine Temple, Lincoln Co-op Board of Directors, Jaycees, and Lions Club. He was a lifetime member of the Reinbeck Union Congregational United Church of Christ.

He was preceded in death by his parents, Henry and LaVera, brother Leon Ramundt and two nephews.

The family will greet friends from 5:00 p.m. to 8:00 p.m. Monday July 27th at the French-Hand Funeral Home, 409 Clark Street, Reinbeck, with a 7:30 PM Masonic Service, performed by the Masonic Coin Lodge No. 394. The funeral service will be at 10:30 a.m. on Tuesday July 28th at the Union Congregational United Church of Christ, 225 Broad Street, Reinbeck. Burial will follow the funeral service at the Reinbeck Cemetery. 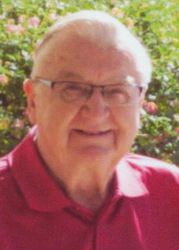