Joe David Johnson, 26, of Lincoln, formerly of Grundy Center, passed away on Monday, September 27, 2010 in Marshalltown as a result of a motor vehicle accident. Funeral services will be held on Friday, October 1st, 10:00 am at the United Methodist Church in Reinbeck with Pastor Terry Plocher officiating. Visitation will be held on Thursday, September 30th from 5 to 8 pm at French-Hand Funeral Home in Reinbeck. Interment will be private.

Joe was born on July 19, 1984 at the Good Samaritan Hospital in Phoenix, Arizona, to the late Fred Robert Johnson and Sherry Ann McIntyre Kosanke. He joined his two older brothers Michael Lee Johnson and Dan Robert Johnson. Joe attended school in Arizona and then later moved to Morrison in 1996 and began attending school in the Gladbrook-Reinbeck school district. In 1997, Joes father passed away. Joe obtained his GED from Hawkeye Tech. and graduated with top honors in 2002. Joe furthered his education by attending Hamilton College and received an AA degree in Computer Sciences. He also attended the University of Nevada at Reno working towards his BA. Joe returned home to his family in Grundy Center in 2006.

Joe embraced life with both hands and with all of the love he had for his family, friends and the things he enjoyed most in life. He loved to work on cars (electrical, body work and mechanics), working on computers, riding motorcycles and anything else he had a thirst for. He wanted to learn all that he could, which he did. He was highly intelligent and could work on anything. If Joe didnt know how to fix something or didnt know something, he would read about it or look it up on his computer, always checking to make sure he had it right. He could be counted on to come through on any project that was given to him. Joe had many different jobs through the years, his last job was working as a service technician for The Appliance Doctor in Marshalltown. He used his computer knowledge, mechanical and electrical skills to help him in his job. He was very hands on and enjoyed it, never afraid of getting dirty.

Joe had lots of hobbies that included car restoration, mechanical and electrical work on cars and painting cars. Joe created ICVSpeed.com, donating his time and talents and knowledge of cars to guide others who were also interested in cars. Joe had restored many vehicles he personally drove, including a Firebird, and he was in the process of restoring a Maverick as a memorial to his dad. He belonged to the Flight Club in Marshalltown and enjoyed flying his planes and helicopters and he also enjoyed riding his motorcycle and taking road trips on it.

In the last year he became Uncle Joe to his nephew Aiden who was the love of his life. He had many plans for Aiden and wanted to teach him everything he knew.

He is preceded in death by his father Fred Johnson; Grandfathers Dan Johnson and LeVern McIntyre; step-sister Angela Kosanke; aunt Mary Erhardt and many other aunts and uncles. 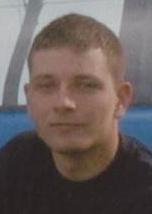