Russell Wayne Silver was born July 20, 1948 in Belmond, Iowa, the son of Don and Phyllis (Siemens) Silver. Russell grew up in the Fort Dodge, Iowa area and graduated from Fort Dodge High School with the class of 1966. He served his country in the United States Army during the Vietnam War. After his discharge he attended the University of Northern Iowa and received a Bachelor of Arts degree. Russell was united in marriage to Jean Dorion in Big Rock, Illinois on June 16, 1979. He worked for United Parcel Services for 29 years.

Russell enjoyed horseback riding, traveling to various states to ride his horse. Most of all he loved spending time with family and friends. Russell was member of First Presbyterian Church in Reinbeck, where he was an Elder and served as treasurer. He was a member of the Pine Lake Saddle Club and was a member of ASPIRE therapeutic riding program for handicapped children. 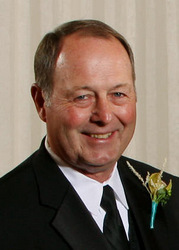