Gaye was born on October 26, 1955, the daughter of George H. & Connie (Jacobson) Geerdes. She was raised in Grundy Center and graduated from Grundy Center High School with the class of 1973. Gaye began her career working for her father as a secretary at State Farm Insurance. She then went to work for a local accounting firm as an office manager. She was united in marriage to Les Muller on February 1, 1974 at the Sacred Heart Catholic Church in Grundy Center. Together, they welcomed two children into their family. She was a member of St. Gabriel Catholic Church. Her true joy in life came from spending time with her family, especially her grandchildren & nephew.

She was preceded in death by her parents; brother Hank Geerdes. 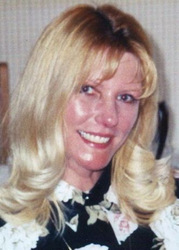