Sheridan was born on September 1, 1927, in Reinbeck, Iowa; the son of Wayne and Henrietta (Smith) Downey. He was raised in Reinbeck and graduated from Reinbeck High School in the Class of 1946. He farmed a short time after graduating until he was called into the service. He served in the U.S. Army from March 22, 1951 to October 26, 1951. Following his discharge he returned to the family farm where he continued to farm with his son until shortly before his death. Sheridan was united in marriage to Mary Lou Becker on June 10, 1954 at the Methodist Church in Elgin, Iowa. They made rural Reinbeck their home. He enjoyed traveling and attending all GR sporting events. 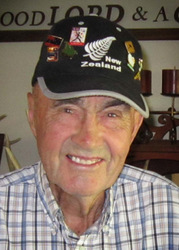