Nancy Lee Clemons was born the daughter of Woodrow and Ruth (Hundertmark) Clemons on May 14, 1941 at Iowa City, Iowa. Nancy's family lived in Eldora, Toledo, and Grundy Center, Iowa. Nancy graduated from Grundy Center High in 1959. In October of 1959, Nancy married Raymond "Skip" Wical in Grundy Center. To this union three sons were born, Jay, Curt, and Randy. Nancy and Skip made their home in Eldora. Nancy and Skip later divorced. Nancy was a devoted and loving mother and a hard worker. She will be missed most for her good sense of humor. Nancy worked as a C.N.A. at the Eldora Hospital and was a home maker health aide at the Eldora nursing homes. Nancy also worked at Infant Seat, Whink Products, County Seat, Bowman's Lounge, and Hotel Lounge.
In 1981, she moved to Fort Worth, TX. to be around her uncle Bud and aunt Lola Hundertmark as well as her cousins, Deanna Thomason and Cindy Farley. While in Texas, she worked at Corning Cable, Ray J's, and Wynn's Climate Control. In September of 1990, she married Jerry Hull in Fort Worth, TX; at her cousin's home, Bill and Deanna Thomason. Nancy and Jerry later divorced. In June of 2006, she moved back to Eldora to be nearer to her family and enjoy her grandchildren showing animals at the Hardin County Fair. Nancy loved NASCAR racing and the Dallas Cowboy's.

In lieu of flowers, memorials may be directed to the family. 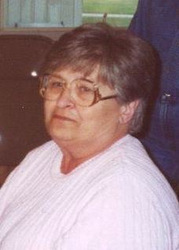