Donald W. McLean, 82, of Conrad, IA passed away Monday, September 8, 2014, at Grandview Nursing and Rehab, in Marshalltown. Funeral services will be 10:30 a.m., Friday, September 12, 2014, at Conrad United Methodist Church. Visitation will be 4:00 p.m. to 7:00 p.m., Thursday, September 11, 2014, at the Conrad Chapel of the Anderson Funeral Homes. Interment will be at Conrad Cemetery. A memorial has been established in his name. Online condolences may be sent to www.andersonfhs.com

Don was born October 20, 1931 to Philip and Lucille (Goecke) McLean in rural Marshall County. He graduated from Conrad High School in 1949 and went on to attend Iowa State University. He served his country in the United States Army. Don was united in marriage to Barbara Lee Small on September 29, 1953 in Conrad. She died April 21, 2007. Don farmed his entire life starting with his father and continued the tradition with his sons. He was a member of the Conrad United Methodist Church, Conrad American Legion Post 681, 40 & 8, and the Lions Club. Don served on the boards of; Grundy County REC, Corn Belt, Grundy County Fair, and the Conrad COOP. He also served on the Veterans Affairs Committee. He was a Felix Township Trustee and a 4H Leader. Don was an avid Iowa State fan holding season tickets for several years. 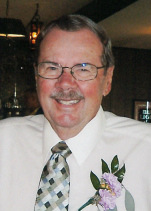