LuElla L. Dirks, of Reinbeck, Iowa, passed away on Thursday, October 30, 2014, at Parkview Manor in Reinbeck, Iowa, while under the care of Cedar Valley Hospice. A funeral service will be held at 10:30 A.M. on Tuesday, November 4, 2014 at the Union Congregational United Church of Christ in Reinbeck. Burial will follow at Reinbeck Cemetery. Visitation will be held one hour prior to the services. Memorials may be directed to Cedar Valley Hospice or The United Church of Christ.

LuElla Louise was born March 2, 1916 on a farm near Sumner, Iowa; the daughter of Ernest and Louise (Dietrich) Lampe. She was raised on a farm west of Waverly. She attended country school, St. Paul's Lutheran School and graduated from Waverly High School in 1935. LuElla was united in marriage to Ralph Dirks on September 30, 1939 at the Little Brown Church in Nashua, Iowa. They made Reinbeck their home and welcomed their children, Judy and JoAnn, into their family.

LuElla worked as a bookkeeper for Waverly and Reinbeck Chevrolet dealerships, Pioneer Hi-Bred, and a local fabric shop. She was also a cook at Parkview Manor.

LuElla was a member of the Union Congregational United Church of Christ and American Legion Auxiliary in Reinbeck She was an excellent seamstress and enjoyed gardening especially her flowers.

Her true joy in life came from spending time with her family and friends.

She was preceded in death by her parents; her husband Ralph on January 31, 2002; one sister, Estel Bunger; 4 brothers Lester Lampe, Paul Lampe, Ernest Jr. Lampe and Dean Lampe. 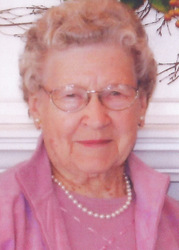