Donald was born March 25, 1946, in Marshalltown, IA to Dorothy and Raymond Daggett and brother to Mary Eva Roose. Donald was united in marriage until Sharon's death on August 1, 1973. Then united in marriage to Melinda Sowers Daggett on June 13, 1981. He graduated from Beaman-Conrad and attended college for a couple of years. Donald served in the Reserves Marine Corp, and belonged to the American Legion, and was chairman in the Mid-Iowa Antique Power Association. Don worked and farmed and then retired after working in maintenance for 17 years at the YMCA in Marshalltown. He was the first state qualifying wrestler from Beaman-Conrad. Donald took pride in farming with his draft horses, showing dogs and horses, woodworking, gardening, riding RAGBRAI and playing with his grandkids. He was a loving husband, dad, grandpa, great-grandpa and friend who always showed unconditional love to us all as well as keeping us all laughing with his practical jokes.

Donald is survived by his sister, Mary Eva, wife, Melinda, his children, Tori and (John) Hanson of Altoona, IA, Douglas and (Tracy) Daggett of Maryville, TN, Mari and (TJ) Stanfield of Plankinton, SD, Jeni and (Nyle) Wilhau of Grundy Center, IA, Michael and (Frances) Daggett of San Antonio, TX, and Cameo Franzen of Tripoli, IA. He was blessed with 24 grandchildren and 2 great-grandchildren. 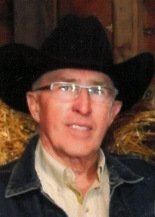