Esther Kliege, 92, of Dike passed away Saturday November 24, 2007 at Covenant Medical Center of natural causes, having attained the age of 92 years, 1 month, and 25 days.

Esther was born on September 29, 1915, in rural Parkersburg, Iowa, the daughter of Harm and Jennie (Muhring) Venenga. She graduated from Grundy Center High School in 1933. She was united in marriage to Ernest Kliege on January 20, 1937, at the Bethel Lutheran Church in Parkersburg, Iowa. Ernest and Esther farmed around Parkersburg for 4 years, before moving to New Hartford to farm for 12 years. The couple then moved south of Stout where they framed together for 44 years and where Esther continued to live the past 9 years.

Esther was a member of the Reformed Church of Stout. She enjoyed her family and friends, baking, cooking, sewing, quilting and embroidering. She also enjoyed working on her farm, gardening and tending to her flowers.

She was preceded in death by her husband Ernest on April 23, 1998, her parents, two brothers Roy and Robert Venenga, an infant daughter, an infant grandson, and son-in-law Frank Servantez. 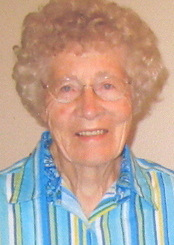