Doreen S. Diers, 57, of Wellsburg, passed away on Thursday, May 17, 2012 at the Grundy County Memorial Hospital while under the care of Cedar Valley Hospice. A funeral service will be held on Monday, May 21st at 10:00 A.M. at St. John's Lutheran Church in Wellsburg with Pastor Bruce Zimmermann officiating. Visitation will be held on Sunday, May 20th from 5 to 7 P.M. at Doyen-Abels Funeral Home in Wellsburg. Interment will be private.

Doreen was born on March 4, 1955 in Waterloo, IA, the daughter of Earl & Shirley (Thorp) Schroeder. She grew up in Sumner, graduating from Sumner Community High School in 1973. She was united in marriage to Fred Diers, her best friend, on August 17, 1973 in Sumner, IA. Doreen had lived all over different parts of Iowa and settled in Wellsburg, IA in 1987. Doreen went on to Hawkeye Technical College and received her practical nursing degree. She later transferred to Ellsworth Community College and received her 2 year Associate's degree in nursing and began work as a registered nurse. Doreen was a compassionate nurse who touched the lives of each patient that she cared for throughout her career.

She enjoyed crafts, sewing, flowers, gardening, had a love for animals and was an avid Iowa State football fan. What Doreen truly loved most in life was her family, especially her grandchildren. She will truly be missed by those who knew and love her. 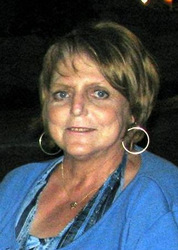