Ivan D. Slifer, 77, of Wellsburg, Iowa died from natural causes on Friday, July 29, 2005 at the Grundy County Hospital Long Term Care Unit in Grundy Center, Iowa. Funeral services will be at 1:30 PM, Monday, August 1 at the United Reformed Church in Wellsburg with Pastor Harold Miller officiating. A luncheon will follow the funeral service and then burial will be at Hazel Green Cemetery, rural Cleves, Iowa with military honors by the Wellsburg AMVETS Post #91 and American Legion Post # 213. Visitation will be from 4:00 to 8:00 PM on Sunday at Doyen-Abels Funeral Home in Wellsburg where the family will be present to greet friends, and then from 8:00 to 10:00 AM at the funeral home on Monday morning. Memorials may be directed to the family.

Ivan D. Slifer, 77, of Wellsburg, Iowa was born to Asa and Dena (Kruse) Slifer on March 1, 1928 at their home three miles East of Wellsburg. He attended country school in Colfax Township then graduated from Grundy Center High School in 1945. He was a veteran if WWII serving with the U. S. Army from 1946-1948, and was stationed in occupied Japan. On March 7, 1949 he was united in marriage to Frances Leone Lindaman in Wellsburg. To this union were born four sons, Steven, Sidney Stuart, and Spencer. Ivan and Frances also hosted a foreign exchange student from Denmark, Arne Hertz, and they considered him their fifth son. He farmed and lived most of his married life east of Wellsburg, retiring in 1999 and moving into the town of Wellsburg.

He was a member of the United Reformed Church where he served as deacon and elder. He was a member of the Wellsburg AMVETS Post #91, American Legion Post #213, served as a past 4-H leader and Extension Councilman, was a past school board member, and served on the board of Friendship Manor. He enjoyed hunting and fishing and had taken many trips to Canada and Wyoming with his wife and many friends.

He was preceded in death by his parents; his son, Stuart, and brother, Rollie. 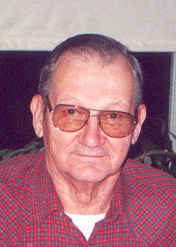