Arlene Janet (Meyer) Rodd, 88, of Grundy Center, Iowa, died of natural causes on Wednesday, November 3, 2010 at the Grundy Care Center in Grundy Center while under the care of the Cedar Valley Hospice. A funeral services will be held on Saturday, November 6th, 11:00 am at the United Methodist Church in Grundy Center with Pastor Matt Miller officiating. Visitation will be held one hour prior to services at the church. Burial will take place at Rosehill Cemetery following funeral services. A memorial fund has been established.

Arlene was born on June 12, 1922 in Grundy County, Iowa. Arlene graduated from Wellsburg High School in 1940 and graduated from the Iowa Teachers College in 1942. On January 18, 1942, she was united in marriage to Lyle Rodd in Princeton, Missouri. Arlene taught school in Holland, Maquoketa and Knoxville, Iowa. Lyle and Arlene raised their family in West Des Moines, Iowa. She worked for the Des Moines Register, Tribune and Charles Gabus Ford.

Lyle and Arlene were active in real estate and owned and operated several motel and residential properties. Arlene was a 50 year member of the Eastern Star and was an active member of the Grundy Center United Methodist Church. 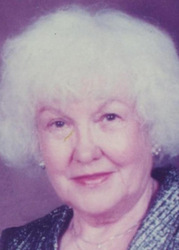