Archie was born in Independence, Iowa on June 6, 1924 to his parents Alta and Willis Copeman. He grew up in Grundy Center and was a graduate of Grundy High School, Class of 1942. Shortly after his graduation he enlisted in the United States Navy during World War II. He was stationed in the Pacific and on November 1, 1945 his ship, the U.S.S. Bridge, hit a Japanese mine and was nearly lost. Due to his position as the ships radio operator, Archie remained aboard ship until the ship was safely secured.

Upon his honorable discharge from the Navy in 1946, Archie returned home and went into the family business. He worked with his parents at their business, the Grundy Produce and Hatchery until 1969. He then went on to purchase his own business, Archies Drive-In which became known as Park Place after he sold the business in July of 1975. After his retirement Archie began a hobby which turned into a small business called Archies Refinishing.

Archie was united in marriage to his wife, Evelyn on May 25, 1948 at the First Presbyterian Church in Grundy Center. They welcomed five children into their family.

Archie was a long time member of the First Presbyterian Church in Grundy Center, he served on the City Council as well as serving as the Chairman of the Parks Board in Grundy Center. He was a member of the Grundy Center American Legion. Archie was an avid fisherman, loving father, grandfather and great-grandfather. His family remembers him as a very patient, gentle and all around good man. He will be missed and long remembered by his friends and family.

He is preceded in death by his parents. 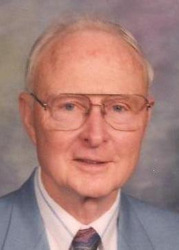