Gary D. Smith, 65 of Lincoln, Iowa, passed away Sunday, October 3, 2010 at his home in Lincoln, Iowa, while under the care of Iowa River Hospice. Funeral services will be at 10:30 a.m., Friday, October 8, 2010, at American Lutheran Church, Grundy Center, Iowa, with Pastor Beth Olson officiating. Burial will follow at the Rose Hill Cemetery in Gundy Center, Iowa. Visitation will be held from 5:00 p.m.  8:00 p.m. on Thursday, October 7, 2010, at Engelkes-Abels Funeral Home in Grundy Center. Memorials maybe directed to the family.

Gary Dale Smith was born June 10, 1945, in Grundy County, Iowa the son of Frank A. and Elizabeth (Dingel) Smith. He was raised in Morrison, Iowa and attended school in Reinbeck. On July 7, 1967, in Grundy Center, Iowa he was united in marriage to Carol J. Hayungs. The couple made their home in Holland and later in Lincoln. Gary owned and operated a semi tractor and trailer hauling livestock all across the country. He liked to fish, listen to country music and play games with his family. Most of all Gary loved to spend time with his family and friends.

He was preceded in death by his parents; and daughter, Chandra Smith. 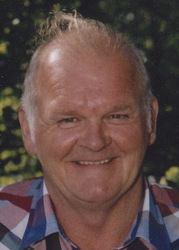