Herman was born June 6, 1926 at home in Lincoln Township in Grundy County, to Charles and Hattie (Beninga) DeBerg. The family lived in Grundy County where he attended Dike Community School and graduated from Dike High School in 1944. Herman served in the U.S. Army from April 18. 1946 to April 4, 1947, during WWII, receiving the Army Occupation Medal and the WWII Victory Medal. On June 21, 1949, he was united in marriage to Mary Gertrude Groote at the Colfax Center Presbyterian Church. Herman and Mary lived on the family farm for many years moving to Grundy Center in 1986. After moving to town Herman continued to help on the farm. Herman taught Sunday school and served as the Sunday school Superintendent, church deacon and Elder at Lincoln Center Christian Reformed Church. He enjoyed singing in the choir and mens quartet. Most of all he loved playing games and spending time with his friends and family.

He is preceded in death by his parents, brother Melvin DeBerg and infant grandson, Nathaniel Madison. 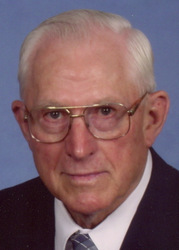