Tony Patrick Gibbs, 28 of Waterloo, formerly of Grundy Center, Iowa passed away suddenly on Wednesday, February 3, 2010. Funeral Mass will be at 3:00 pm on Tuesday, February 9, 2010 at St. Gabriel Catholic Church, Reinbeck, IA. Memorial Visitation is 4:00 pm to 7:00 pm on Monday, February 8, 2010 at Engelkes-Abels Funeral Home in Grundy Center. Interment will be held privately at a later date. A memorial fund has been established.

Tony was born on December 22, 1981 in Iowa City, Iowa to his parents Linda Gibbs and the late John E. Gibbs Jr. He graduated from Kaplan University and was attending Upper Iowa University to work toward his Bachelors Degree in Business Management. Tony and Jennifer welcomed their son Trey to their family on June 1, 2003 and later were united in marriage on August 31, 2006 in Ocho Rios, Jamaica. They made their home in Grundy Center and later Waterloo, Iowa. Tony was a wonderful father to Trey and was loved by all who knew him. He will be loved and longed remembered by his friends and family.

He is survived by his wife, Jennifer; his son, Trey; his mother Linda Gibbs and step-father Glenn Johnson; his brothers T. Shawn Hippen, Jon Gibbs, Stacey (Wendy) Hippen and Jody Gibbs, his sister Julie (Larry) Martin; and many nieces and nephews.

He was preceded in death by his father, John E. Gibbs, Jr. and his grandparents Wallace and Margaret Norman. 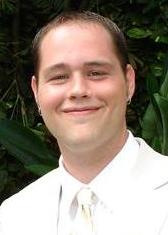