Doris J. Krukow, 76, of Conrad, formerly of Eldora, passed away on Wednesday September 9, 2009 at the Iowa River Hospice Home in Marshalltown. Funeral services will be on Friday, September 11, 2009 11:00 am at the Liscomb Church of Christ in Liscomb. Visitation will be held on Thursday, September 10th from 6 to 8 pm at Creps-Abels Funeral Home in Eldora. Interment will be held at a later date.

Doris was born Olive June Hill, on June 4, 1933, the daughter of Doris and Pauline (Tuttle) Hill. When Olive was two months old, her father passed away and Pauline later met and married James Taylor. James adopted Olive and she was re-named Doris June Taylor. She grew up in Minburn, IA, along with her 4 brothers. Doris graduated Minburn High School in 1950. She later met and married Kenneth Krukow on June 5, 1955 in Minburn. The couple moved to Aredale, IA, and born to the couple were 4 children. The family later relocated to Nevada, IA. Doris attended the University of Northern Iowa Teaching College where she received her BA in education in 1971. She began teaching in Zearing, IA and later began her career as a special education teacher. She finished her career as a 5th grade teacher in the Eldora-New Providence School System, retiring in 1995.

She was a member of the Liscomb Church of Christ, Cecilians, NEA-ISEA-ENPEA as a secretary, the Hardy Reading Association as a secretary, was the Community Assistance Organization President, taught Sunday School at Oakview for many years and was also a member of the Missionary Society. Doris enjoyed reading and was a very giving person all of her life.

She was preceded in death by her biological father Doris, parents Pauline & James; brother James; a son James. 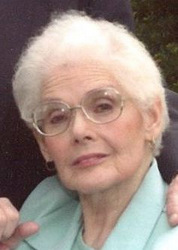