Karen Seelye was born October 17, 1938, in Eldora, Iowa, the daughter of Roy and Gail (Boike) Petersen. The family moved to rural Grundy County when she was seven. She attended Melrose #8 country school thru the eighth grade and graduated from Union-Whitten High School in 1957.

Kay married Billie Paynter in 1958 and lived in Iowa during their marriage. On September 25, 1970, Kay was united in marriage to Eugene Nathan Seelye in Omaha, Nebraska and lived in Slidell, LA for many years before his death in 1986. Kay returned to Iowa in 1997 and worked and lived many places in her life before settling in Eldora in 2003, at Pine Lake Housing. Kay loved animals, especially her cats, Big Daddy and Baby Girl. She loved cross word puzzles, "trash" papers, lively conversations, astronomy and all things super- natural. She was a friend to all and loved by everyone. Her hearty laugh and smiling eyes were always appreciated by joke tellers and her trademark "Hello Darling" to everyone she met.

Kay was preceded in death by her parents; her husband, Eugene and nephew, Ray Beane. She was loved and will be dearly missed by all who new her. 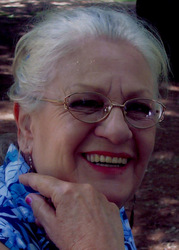