Paul was born on May 24, 1942 in Waterloo, Iowa. He was the son of A. James and Edna (Ehlers) Paton. He graduated from Dinsdale High School and then went on to business school in Des Moines, Iowa. Paul was a officer in the United States Coast Guard serving in Memphis, Tennessee, Seattle Washington, New Orleans, New York, New York, Florida and various other locations. After retiring in 1988 he worked at Sears and then as a bailiff for the Black Hawk County Courthouse.

Paul enjoyed playing solitaire, chess and doing crossword puzzles and watching cooking shows. He was a devoted Republican and enjoyed listening to Rush Limbaugh. He was a member of the Masonic Lodge, and the American Legion.

He is survived by his wife: Debbie; a son: James Robert of Urbana, Illinois, and a daughter Kylie Ann-Pearl Paton. 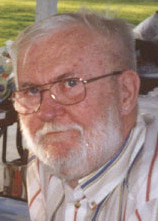