Carol McKenna, 68, of Reinbeck, Iowa, died from natural causes on Sunday, August 17, 2008, at her home in Reinbeck, Iowa. Following cremation,

Carol was born March 14, 1940 in Clinton, Iowa the daughter of Harry M. and Ruth (Benham) Staack. She grew up in Dewitt, Iowa attended Country School till the 4th grade then attended Dewitt schools and graduated from Dewitt High School in 1958. Carol was a very hard worker with being a nurse's aid at Parkview Manor in Reinbeck for over 30 years before retiring. Carol enjoyed writing letters to soldiers, embroidering, country music concerts, trips to Branson, MO and Estes Park, CO, and most of all loved spending time with her family especially her grandchildren. 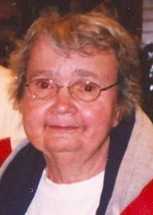