Ronald D. Swires, 65, of Whitten, Iowa died at his home from natural causes on Thursday, May 22, 2008. Funeral services will be 10:30 am Saturday, May 24 at the First Congregational United Church of Christ in Eldora with Pastor Bob Miller of Immanuel Memorial United Church of Christ in Alden officiating. Burial will follow in Benson Cemetery, rural Whitten. There will be one hour of visitation at the church prior to the funeral service. Memorials may be directed to Ronald's family. Creps-Abels Funeral Home in Eldora is in charge of the arrangements.

Ron was born March 1, 1943 in Radcliffe, Iowa, son of Cecil W. and Jessie M. (Hobbs) Swires. He was raised in the Radcliffe, Alden, and Williams, Iowa area. He spent a short time in Inglewood, California where on April 5, 1964 was united in marriage to Jan Nicholson. They made their home in Alden and have spent the last five years in Whitten. Ron was a veteran of the U.S. Air Force and obtained the rank of Airman Third Class. He was employed as a truck driver, driving both gravel truck and semi-trailers and also owned and operated Ron's Aquarium and Pet Shop in Alden for a short time in the early 1980s. He had been a member of the Immanuel Memorial United Church of Christ in Alden, the Gold Wing Road Riders Association, and a former member of the Moose Lodge of Iowa Falls. Ron enjoyed riding his motorcycle, working on small engines, and playing with his grandchildren who all knew him as "Papa".

He is survived by his wife, Jan; son, Tony (Rhonda) Swires of Eldora; daughters, Lisa (Jeff) Bahr of Eldora and Susie (Darrell) Danger of Ames; sister, JoAnn (Gary) Chaplin of Iowa Falls; and by 6 grandchildren and 2 step-grandchildren.

Preceding him in death were his parents and a sister, Lois Spratt. 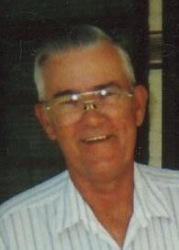