Albert Vander Las Kruse was born May 18, 1921 in Grundy County the son of Harm J. and Susie (Vander Las) Kruse. He graduated from Grundy Center High School in 1939. He then attended Simpson College in Indianola, Iowa. After graduation from Simpson, he went into the service and was a member of the 10th Army Air Force band serving in India and China. After separation from the service and prior to his first teaching position, he spent the summer attending Iowa State Teachers College (now UNI) where he studied band management, band materials and conduction. He began his graduate work at Northwestern University, Evanston, Illinois, studying the clarinet. He received his M.M.E. from Drake University, Des Moines. He received many awards while teaching in Iowa schools for 31 years. During his tenure at Everly, Iowa, he learned to fly an airplane and obtained his pilot's license at Spencer, Iowa. He enjoyed flying and attending car shows across the country. He shared his love of music by playing the organ at many services at Lincoln Center Christian Reformed Church, Grundy Center.

Bert is survived by a sister-in-law; Mamie Kruse of Grundy Center and his nieces and nephews. 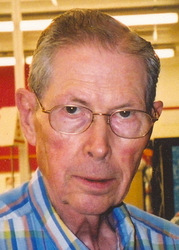