Carol was born November 30, 1926, in Lincoln, Iowa, the daughter of Henry C. and Lillian L. (Boege) Storjohann. She was raised in the Lincoln area and graduated from Reinbeck High School in 1944.

On February 22, 1948, Carol was united in marriage to Wallace D. Freed at the Salem Church of Lincoln in Lincoln, Iowa. After their marriage they made rural Morrison their home. They farmed together in the Morrison area and she continued to farm several years after Wallace's passing.

She was a housewife, mother, grandmother and great-grandmother. She was an active member of the Salem Church of Lincoln, serving on various committees and boards. She dedicated time in her later years to the Grundy County Museum. She treasured spending time with her grandchildren.

She was preceded in death by her parents and husband, Wallace in 1977. 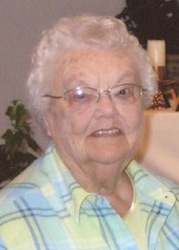