Roger was born May 5, 1951, in Eldora, Iowa, the son of Harold and Mattie (Iblings) Henricks. Roger was raised in rural Holland and received his education Grundy Center High School graduating with the class of 1970.

Roger married Connie Gronoski on December 5, 1994. He worked for Ritchie Industries in Conrad for many years, detailed cars for Car dealerships and also on his own. Roger helped his father, Harold with corn shelling and hauling cobs for the last few years. Roger was a member of Colfax Center Presbyterian Church. In Roger's pastime he loved to fix up and work on older cars. But most of all he loved to spend time with his family and friends.

He is survived by his wife, Connie of Traer; his daughters, Brittany of Waterloo; Alyssa of Traer; parents, Harold and Mattie of Grundy Center; sister, Karen(Greg) Hines of Conrad, Iowa; a nephew Adam Hines and niece, Amy Hines; step-children; Shane, Jason, Kyle, Kelby Fowler; and 2 grandchildren.

He was preceded in death by his grandparents. 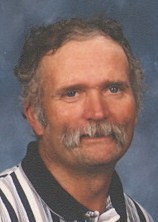