He was preceded in death by his maternal great grandfather James Lowe. 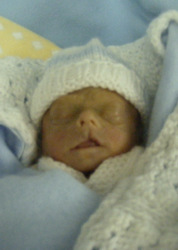