Louise M. (Schildroth) Fogt, 94, of Reinbeck, Iowa, died Wednesday, February 20, 2008, at Parkview Manor Nursing Home in Reinbeck, while under the care of Cedar Valley Hospice. Funeral services will be 10:30 A.M., Saturday, February 23, 2008, at the Reinbeck United Methodist Church, with Pastor Terry Plocher officiating. Burial will follow at the Reinbeck Cemetery in Reinbeck. Visitation will be Friday, February 22, 2008, from 2:00 P.M. to 8:00 P.M., with the family present to greet friends from 5:00 P.M. to 8:00 P.M., at French Hand Funeral Home in Reinbeck. In lieu of flowers, memorials may be directed to Cedar Valley Hospice-Grundy Center or to the Reinbeck United Methodist Church.

Louise was born November 9, 1913, the daughter of John and Marie (Peters) Brandhorst. She attended Reinbeck High School graduating with the class of 1932. On December 12, 1936, Louise was united in marriage to Ralph Schildroth at the Immanuel Lutheran Church in Waterloo, Iowa. They farmed near Reinbeck until he passed away in 1975. Louise retired in town and later married Warren Fogt in 1983. He died in 1984.

Louise was a member of the Reinbeck United Methodist Church. She loved spending time with all of her family. She enjoyed traveling, playing card games and flower gardening.

She was preceded in death by her parents; two husbands, Ralph Schildroth and Warren Fogt; one son, Verne Schildroth; one sister, Luella DeWolf; and three brothers, Ernest, John, and Charles (Chuck) Brandhorst. 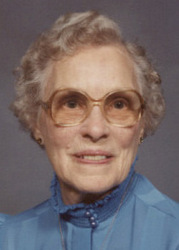