He was born June 11, 1932, in Parkersburg, son of George and Florence Reiter Johnson. On Oct. 9, 1959, he married Janice Kay Mennen at Bethel Reformed Church, Aplington.

Preceded in death by: his parents; a sister, Gladys Hagen; and a brother, Art Johnson.

Services: 10:30 a.m. Tuesday at Calvary Baptist Church, with burial in Oak Hill Cemetery, both in Parkersburg. Public visitation from 6 to 8 p.m. today at Redman-Schwartz Funeral Home, Parkersburg, and an hour before services Tuesday at the church.

Memorials: may be directed to the family.

Condolences may be left at www.redman-schwartz.com . 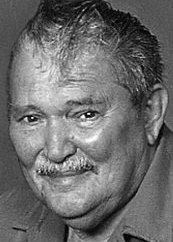