Yvonne Mae Hynden, age 94, of Lamoni, Iowa, the daughter of Leonard Arthur and Florence Edna (Poff) Walden, was born October 9, 1927, at home at Lamoni, Iowa. She was the younger sister to her twin brother, Everett, who was 20 minutes older and brother Leonard, who was six years older. Yvonne died at the Lamoni Specialty Care Center in Lamoni, Iowa, on August 24, 2022.

Yvonne was baptized into the RLDS Church at eight years of age in the basement of the Coliseum Theater in Lamoni as the church had burned down. She graduated from Lamoni High School in 1945, then attended Graceland College for two years as it was a two year college at the time. Yvonne worked as a receptionist for Dr. Gamet and Dr. Nelson for two years after that. On June 12, 1949, she married Robert Bob Bailey Hynden. They made their home in Iowa City while Bob finished his degree at the University of Iowa. Their first-born son, Robert Michael, was born while they were in Iowa City. They were blessed with four more children, Douglas, Dana, James, and Linda, over the next nine years.

In addition to being a wife, mother, and homemaker, Yvonne worked part-time for Bobs insurance business. Bob and Yvonne belonged to a motorcycle club and spent many enjoyable years going on riding trips with their club members. In their retirement years, she and Bob wintered in Texas. They had many Iowa friends there including Dale and Frances Moon, Rita & Don Bierlein, and Dorothy and Loren Harris. After Bob passed away in 2006, Yvonne sold their home and moved to Terrace Park Assisted Living in Leon, Iowa. In 2019, she moved back to Lamoni into Lamoni Specialty Care Center.

Over the years Yvonne was active in many womens club and enjoyed reading, working puzzles, spending time with her children and grandchildren, and visiting with her many friends. In her final years she especially enjoyed visiting over coffee with her friend Charlotte Elliott and many other friends she made at Lamoni Specialty Care Center. Yvonne was a loving wife, mother, grandmother and friend and will be missed by many who loved her. 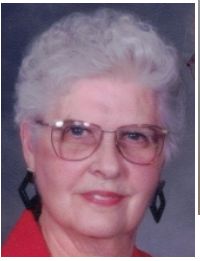