Paul Alfred Snethen was born in 1946 in Leon, IA, to mother Velma and father Luther Snethen. He was the fifth of their eight children. Paul grew up in southern Iowa, graduating from Lamoni High School in 1964. Shortly afterwards, he married his high school sweetheart, Linda Shippy. Paul and Linda had been engaged since they were sophomores in high school.

After getting married, Paul and Linda moved to Des Moines, then to Norwalk, to St. Marys, and eventually back to Des Moines. Along the way, they raised their family: Bryon (born 1967) and Chris (born 1969). During this time, Paul worked as a draftsman, a project manager, and an estimator in the construction field before changing careers and working in the risk improvement department at EMC Insurance, where he spent the majority of his working career until his retirement in 2016 at the age of 70.

Paul was deeply committed to his wife and his family. One way that he expressed his love is through his handyman skills. He was always there to help, whether that was plumbing work or rebuilding a retaining wall. He expressed his love for Linda in many ways. His deep and abiding affection for his high school sweetheart never faded, and even near the end, when he was growing sicker, he would make kissy face with the love of his life.

Paul was also dedicated to a larger sense of community. He always felt a close connection to southern Iowa and to his large extended family, and he maintained an enduring relationship with his high school classmates from Lamoni High School. He was a lifelong member of the Community of Christ Church. Though not prone by nature to preaching, Paul felt called to the ministry, serving first at the West Des Moines Congregation and then at the Central Congregation of Community of Christ. He volunteered at Habitat for Humanity and as a driver for cancer patients who needed a ride to treatment.

Always curious, Paul was a traveler and a photographer. He traveled all over the United States and Europe, taking thousands of photographs. Even after he had become very sick, he expressed a desire to get in the Cadillac and go on a road trip. Many of his trips were chronicled in his letters, which he sent out to friends and family several times a year

Paul is survived by his wife, Linda Snethen; his children, Bryon Snethen (married to Marsha Snethen) and Chris Snethen (married to Larassa Kabel); and his grandchildren, Aaron (married to Kasey Snethen), Alex, and Emmet Kabel-Snethen. In addition, he is survived by his sisters, Tessie Owens, Phyllis Durbin, and Joann Konopasek and by his brother Kenneth Snethen. He was predeceased by his parents, Luther and Velma Snethen; his brothers Robert Snethen and Luther Snethen, Jr.; his sister, Beth Tingle; and his grandchild, Jessica Snethen.

Donations in Memory of Paul may be made to the Hope Ministries of Des Moines: www.hopeiowa.org , Food Bank of Iowa: www.foodbankiowa.org , or Habitat for Humanity: www.gdmhabitat.org . Tributes may be left at www.bethanymemorialchapel.com 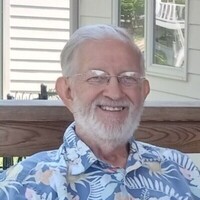