Verneda Thomas was born in Chicago, Illinois on June 21st, 1936, the youngest of twelve children for Russell and Verneda Thomas.

An irrepressible and active child, she quickly found an outlet for her energy in athletics at the YMCA. Getting her start in track, Thomas joined the Chicago Comets track team and was soon traveling across the country for meets. The Comets were an integrated team which, in the 1950s, imposed serious challenges for nationwide travel and brought Verneda face-to-face with the stark realities of segregated America. Bravely facing those challenges, Thomas proved to be a standout high jumper and, at 17, won the AAU championship and appeared on The Ed Sullivan Show.

Joining the 1956 Pan American Games track team, Verneda got her first taste of international competition in the high altitude of Mexico City. In her post-high school career, Verneda's high jumping took her across the world to compete on behalf of her country. Struggling to crack the top spot in the high jump, an unsatisfied Verneda transitioned to volleyball. After getting used to the game, Thomas and some companions from the YMCA formed a club called the Chicago Rebels. The Rebels were a Great Lakes powerhouse, and once again, sport took Verneda to new and exciting places. After a strong showing at the national tournament, she was picked for the 1964 U.S. Olympic team, bound for the Summer Olympics held in Tokyo, Japan.

Verneda remained active in volleyball after her Olympic experience. In 1972 she arrived at Graceland in hopes of furthering her education and starting a career outside of sports. She was an assistant coach for the men's volleyball squad, and remained active on the club circuit, playing with Jacket men's players. She graduated in 1973, but not before Graceland's winter term program sent her to Honolulu to work at a cardiovascular research lab. The lab offered her a job upon graduation, and Thomas has become a pillar of the Hawaiian community in the subsequent forty years. She worked at Queen's Medical Center as a research associate and then as a surgical technician until her retirement in 1996.

Volleyball stayed a part of Thomas' life. She became a national official in 1982 and remains active in officiating. She returns to the mainland every year for volleyball championships and to visit her family.

Verneda was inducted into Graceland's Yellowjacket Athletic Hall of Fame in 2014. 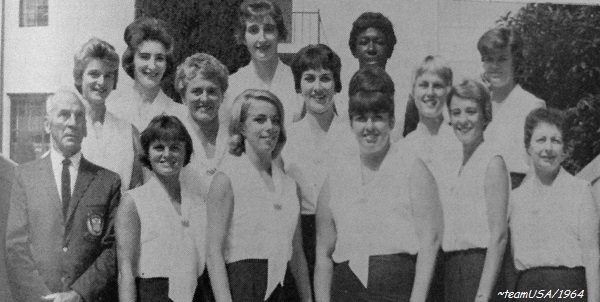