Clark Hefel, 19, of Guttenberg, and two-month-old Caroline Dolter, of Dubuque, were killed in a two-car crash early Sunday on a county road about two miles south of North Buena Vista near the Dubuque-Clayton county line.

Authorities said the two were killed when the car Hefel was driving collided with one driven by Richard Dolter, 29, of Dubuque. Caroline Dolter was a passenger in the car driven by her father.

Services will be at 10 a.m. Tuesday in the Immaculate Conception Catholic Church here (North Buena Vista, Iowa) with burial in the church cemetery. Friends may call at Behr's (Dubuque, Iowa) where the Scripture Wake Service will be held at 8 p.m. Monday.

Mr. Hefel was born in North Buena Vista, and was employed with the Goerdt Construction Co.

Surviving besides his father are two brothers, Chris of Dubuque and Steve of North Buena Vista, and his grandfather, Harry Curtis of Dubuque.

Note: Submitter is not related & has no further info. 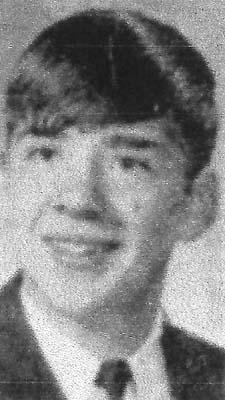