Mrs. R. B. Waters , 77, a lifelong resident of this community, passed away at her home in Postville Thursday afternoon following an illness of three years.

Funeral services were held Saturday morning in St. Bridget's Catholic church in this city, the requiem mass being sung by the pastor, Rev. Francis J. Vallaster. Interment was in St. Peter's cemetery at Clermont, six sons of the deceased serving as casket bearers.

Mrs. Waters was born in Grand Meadow township, near Postville, as the daughter of John F. and Ellen McKinley October 19, 1869. Her education was acquired in the country schools in Grand Meadow township and later she attended the Breckenridge school at Decorah. She taught school for several years in the Clayton county country districts.

On June 7, 1893, she was married to Bert Waters in St. Peter's Catholic church in Clermont. Until eight years ago the couple lived on a farm in Grand Meadow township and since then have made Postville their home.

Her husband and the following children survive: Bernard, Clement, Ambrose, and Bertie Waters of Grand Meadow township, Louis Waters of Des Moines, Mrs. Marie Leui, Mrs. W. A. (Helen) Kneeland and Paul Waters of Postville. She is also survived by two sisters, Mrs. Frank Mullaney of Miller, So. Dakota., and Mrs. W. R. Leary of Waverly, three brothers, John A. McKinley of Henderson, Colo., and Louis and Thomas McKinley of Springfield, Mo., 18 grandchildren and two great-grandchildren. One son, Leonard, and one grandson, Robert Kneeland, preceded her in death. 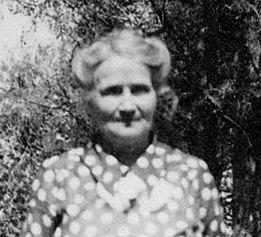