After being discharged from the Army, he worked in Cedar Rapids, Iowa for a few years. He was united in marriage to LaVonne Muller on April 6, 1957 at St. John Lutheran Church in Farmersburg, Iowa. Three sons were born to this union. He also worked for Farm Service in Elkader. Henry and LaVonne farmed together for over forty years near Gunder, Monona and Elgin, until they retired to Elgin in 2004. They remained here until they entered Maple Crest Manor in October of 2010.

Henry loved being on the farm and around his animals. He enjoyed having friends and relatives visit them at the farm, and their door was always open for a card game, snack (that always turned in to a meal!) or just sitting and visiting. He was an avid hunter, fisherman, and loved to play cards. Henry enjoyed playing with and telling stories to his grandchildren, great-grandchildren, nieces and nephews.

Memorial services will be held at 11 a.m., on Monday, August 8, 2011 at the Marion Lutheran Church in Gunder, Iowa.

Inurnment with military rites will be held in the Marion Lutheran Cemetery.

Friends may call from 1 to 5 p.m. on Sunday, August 7, 2011 at the Marion Lutheran Church and one hour before services at the church on Monday.

Leonard-Grau Funeral Home and Cremation Service of Elgin, Iowa, is in charge of the arrangements. 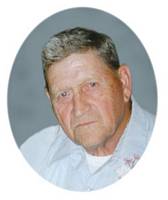