Mr. and Mrs. Herman Schute will celebrate their Golden Wedding next Tuesday, May 8, with an observance which will begin with a High Mass at St. Marys church at 8:00 oclock, and a family dinner which will be held in the Municipal building.

Relatives and friends have been invited to attend an open house to be held in the Municipal building from two until four in the afternoon.

Herman Schute and Louise Kreisler were married at St. Marys church on May 8, 1901, and have lived here all of their married life. They are the parents of ten children all of whom are living, and they have 27 grandchildren. 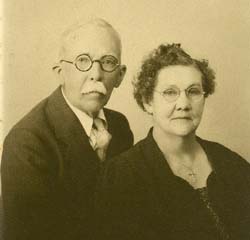