G.H. Hill
Dr. Gershom Hyde Hill, A.M., M.D. was born at Garnavillo, Clayton county, Iowa, May 8, 1846, the son of James Jeremiah Hill, who came to Iowa in 1844 and settled in Garnavillo. James J. Hill was born in Phippsburg, Maine, in 1815; prepared for college at Bridgeton Academy and graduated from Bowdoin College in the class of 1838. He married Miss Sarah Elizabeth Hyde, the daughter of a deacon of the old South church, Bath, Me. Their wedding trip was a journey down the Ohio river to St. Louis, up the Mississippi river to Dubuque by steamboat, and across the country to the village of Garnavillo, where Dr. Hill was born in 1846. Gershom [and his brother James] graduated in the Iowa College [Grinnell] class of 1871, receiving A.B. degrees. In 1874 he obtained his degree of Doctor of Medicine from Rush Medical College, Chicago. He pursued a graduate course at Bellevue Hospital Medical College, New York and in 1890 at Harvard Medical School, Boston. He began his practice at Moline, Illinois and then in 1874 was elected assistant superintendent of the State Hospital for the Insane at Independence. In 1881 he became superintendent, which position he held until 1902, when he resigned and engaged in private practice in Des Moines, as alienist.

The founder of the Hill branch was Peter Hill, who came from the west of England in 1653. Four generations later brings us to Judge Mark Langdon Hill, the grandfather of Dr. G.H. Hill, the subject of this history. On his mother's side Dr. Hill descended from Major Elijah Hyde, who commanded a regiment of Light Horse which did active service during the Revolutionary War.

On January 9, 1879, Dr. Hill married Louisa Bliss Ford at Lynn, Massachusets. Their only child, Julia Ford Hill, was born at Independence in 1886. She graduated from Grinnell College in 1908 and from the Medical School of Drake University in 1913. Since graduating in medicine, Dr. Julia Ford Hill has engaged in laboratory work and post-graduate work. She is now a member of the medical staff of "The Retreat", devoting herself to Occupational Therapy, where she directs the manual training or work done by patients in shop department.

~source: "History of Medicine in Iowa", D.S. Fairchild, M.D., F.A.C.S., reprinted from The Journal of the Iowa State Medical Society.
~complete data, all counties:
http://iagenweb.org/history/Medicine/medicine_TOC.htm (Note: The full text of this bio is at the above URL)
~transcribed by Sharyl Ferrall

________________
Added 12/29/2011 by Herb Fisher of Lancaster Co, PA, who is related through Cordelia Hill, daughter of Congressman Mark Langdon Hill. The bio has a gap of several generations between James Jeremiah Hill back in years to Peter Hill. This information will fill in the generation gaps: 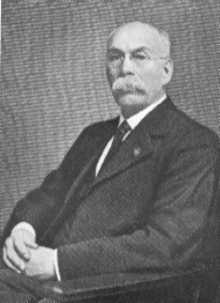