The life record of A. D. Davis, which began in Ohio on the 24th of August, 1827, and closed in this county in 1913, covered about eighty six years, and the record which he made through that period marked him as a man of commendable purposes and worthy actions. He was upright and honorable in all of his relations and was particularly trustworthy in his business dealings. His parents were Ashel and Anna (Harvey) Davis, who were also natives of Ohio and spent their entire lives in that state.

A. D. Davis was there reared and acquired a public school education. When twenty-three years of age, however, he left the Buckeye state and journeyed westward to Iowa, taking up his abode in Delaware county in 1850. Here he was married to Miss Sarah M. Roe, a native of Indiana and a daughter of William and Mary (Martindale) Roe, the former born in Kentucky and the latter in South Carolina. The year 1852 witnessed their arrival in Iowa, at which time Mr. Roe purchased a tract of land which he immediately began to farm, making his home thereon until his demise.

As previously stated, their daughter Sarah became the wife of A. D. Davis and to this marriage was born one child, Anna M., whose birth occurred in 1872 and who became the wife of Lewis Fry, who was born in England, January 12, 1863, a son of William and Elizabeth (Palmer) Fry, who were also natives of that country. There they lived and died, but their son Lewis came across the briny deep to the new world in 1881. He first established his home in Wisconsin, where he remained for four years and then came to Iowa, since which time he has resided in Delaware county. To him and his wife were born four children: Bessie, now the wife of L. D. Torrence; Fred L.; Gus D.; and Sarah E., the wife of Lute Schramm, now of the state of New York. Mrs. Fry passed away September 2, 1895, and was laid to rest in Grandview cemetery at Greeley. Her death was deeply and widely regretted. She left behind her aged parents, a husband and four children. On January 22, 1903, Mr. Fry was again married, his second union being with Miss Mary Smith, a native of Clayton county, Iowa, and a daughter of Sherman and Ella (Stone) Smith. The three children of this marriage are Harry W., Elmer S. and Roy D.

The death of Mr. Davis occurred in 1913 and his grave was also made in Grandview cemetery at Greeley. He left to his widow a valuable farm property of two hundred and eighty four acres to be used during her lifetime, and at her death one hundred and twenty four acres is to be divided among her four grandchildren, while one hundred and sixty acres goes to her son in law, Mr. Fry. Mr. Davis had passed the eighty sixth milestone on life's journey, and the record which he left behind him was an untarnished one. In his later years he received the respect and veneration which should ever be accorded to those who are well advanced in years and whose lives have been worthily passed. He was not only an industrious, energetic man but was thoroughly trustworthy in his business dealings, and thus he left to his family the priceless heritage of a good name. 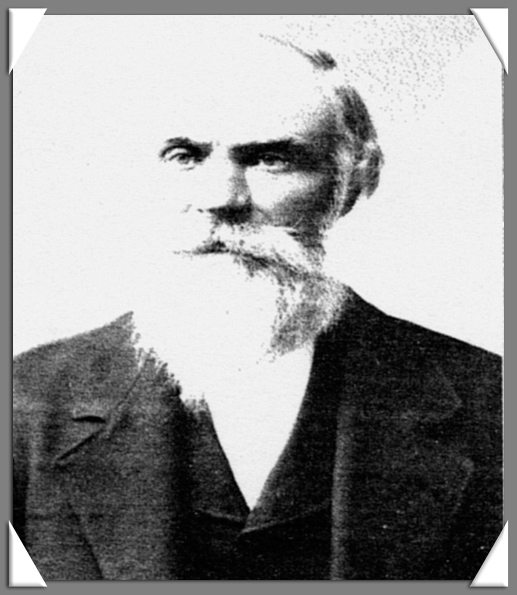