Dr. Henry A. Dittmer is a successful physician and surgeon of Manchester, where he has practiced his profession continuously during the past three decades. His birth occurred in Clayton county, Iowa, on the 5th of March, 1858, his parents being Ernest J. and Mary (Reddingshaffer) Dittmer, both of whom were natives of Germany. The father emigrated to the United States in 1849 and the following year took up his abode near Guttenberg, Clayton county, Iowa, while the mother came to this country in 1848.

Their marriage was celebrated on the 19th of April, 1852, and six of their children were born in Clayton county. Afterward they settled in Colony township, Delaware county, where Mrs. Dittmer passed away in February, 1877. They became the parents of nine children, eight of whom reached adult ages, as follows: John and George, who follow farming in Colony township; Henry A., of this review; Mary, who is the wife of Dr. J. P. Yon Berg, of Albert Lea, Minnesota; Martin, a practicing physician of Colesburg, Iowa; Charles, who is a graduate pharmacist, but is now engaged at farming near Burt, Iowa; Edward, living on a farm near Burt, Iowa; and Ernest, who is a physician of Manchester.

Henry A. Dittmer was reared on his father's farms in Clayton and Delaware counties and acquired his early education in the common schools, while subsequently he attended the German-English College of Galena, Illinois, being graduated from that institution in 1881. Having determined upon the practice of medicine as a life work, he began reading under the preceptorship of Dr. E. Walther, of St. Paul, Minnesota, and when prepared for lectures took one course in the Homeopathic Medical College of Missouri at St. Louis. Subsequently he pursued a course at the Hahnemann Homeopathic Medical College of Chicago and was graduated from that institution in the spring of 1884. At that time he was married and established his home in Manchester, Iowa, where he began the practice of his profession and has remained continuously since. He has won and maintained an enviable reputation as an energetic, progressive and successful representative of his profession and is accorded a liberal and lucrative practice. For eight years he served as supreme medical examiner of the Highland Nobles and later acted in that capacity for the American Nobles. In 1913 he was made a member of the state board of health and in that connection has also done valuable service.

In 1884 Dr. Dittmer was united in marriage at Hopkinton to Miss Margaret L. Holbert, a native of Colesburg, Delaware county, and a daughter of Joseph Holbert, of Hopkinton, who took up his abode among the first settlers of this county. The Doctor and his wife have two children, namely: Clarence E., the assistant city editor of the Ohio State Journal at Columbus, Ohio; and Margaret, who is a student in the New England Conservatory of Music at Boston, matriculating there after spending one year at Oberlin. Dr. Dittmer is widely recognized as a leading and able practitioner of medicine and has long enjoyed an enviable position in both professional and social circles of Delaware county. 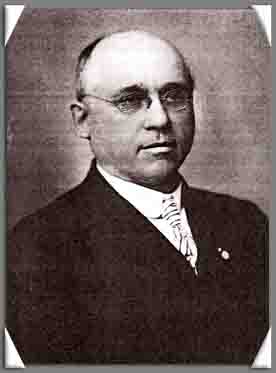