A private service will be held at First United Methodist Church.

In lieu of flowers, the family requests Memorial Contributions to be made to one of two organizations that have had a profound impact on the life of Terry Eagen, Francis Lauer Youth Services, 50 N Eisenhower Ave, Mason City, IA 50401 or The Alzheimer's Association, www.alz.org.

Terry was the oldest of three children born to Thomas Dale Eagen and Magdalene Sumner Eagen of Exira, IA, on May 27, 1939. He graduated from Exira High School, where he excelled in athletics, academics, and music. Terry competed in both football and baseball at Buena Vista University, where he played quarterback and first base. He completed his Masters degree at Iowa State University, serving as a Graduate Assistant football coach under Johnny Majors and Clay Stapleton. Thanks to good friends Chuck and Louie Minerman, Terry met the love of his life during his time at Iowa State. It didnt take Terry long to realize Lana Jean Larson was a catch, so asked for her hand in marriage during a quick visit to her home in Goldfield, IA, in 1962.

Terry and Lana were united in marriage on December 21, 1963, at the Goldfield United Methodist Church.

An 8th grade teacher and high school football coach (Howard Justice) inspired me to enter into a career of service to youth. It has been a lifetime passion to have the same positive impact on our youth as those who strongly influenced me - Terry Eagen, 1997.

For twenty years, Terry served as a classroom teacher and head football coach; more than 15 additional years were devoted to administrative work. As a football coach, Terry started the program at South Hamilton, led Harlan to its first State Championship title in 1972, and led Marshalltown to their first Big Eight Championship in 1977 followed by a second in 1980. Terry served as the Harlan Athletic Director for one year and as Vice Principal at Oskaloosa one year. Then as Principal at Oskaloosa for 13 years, and at Manly, North Central for 4 years. He served the member schools of the IHSAA for ten years as a member of the Board of Control, as well as serving as President of the Iowa High School Football Coaches Association for one term. Terry was also very active in the local and national chapters of The Fellowship of Christian Athletes during his career.

Upon retirement, Terry spent five years as a counselor at YSS Francis Lauer in Mason City working with troubled youth. If anything shows his passion and professional mission of serving youth, this is a shining example.

The positive impact he had on hundreds of students, players, and staff is evident in the many friendships and connections he has forged through the years. In fact, he could rarely go anywhere where he would not bump into someone he knew. It was not uncommon for him to run into a former player at a Waffle House in Tennessee, on the beach in Florida, in the Rockies while biking/hiking, or at a game he and Lana were attending, either in Iowa or abroad, following their childrens participation.

Terry enjoyed travelling, especially short day trips he and Lana took with friends. He was always the camera man and had a knack for finding the perfect shot. He loved to tinker in his workshop, refinishing heirloom furniture and building dollhouses and birdhouses. He especially loved music: playing the banjo on the back porch, listening to records in his home, or singing in the choir. According to his choir director, he was a faithful bass. He loved following his childrens and grandchildrens activities.there wasnt a distance too far for their minivan to travel!

IFCA Sports Hall of Fame
Omaha World-Herald Coach of the Year multiple years
Multiple Hawkeye 8 and Big 8 Coach of the Year Awards
Bernie Saggau Award of Merit (1997) - highest honor bestowed by the IHSAA Board of Control. It honors individuals whose leadership, service and support of education-based athletics and activities have had a profound impact on youth.
On the list of Iowas All-Time Coaching Leaders
19 seasons 119-62-2 South Hamilton, Harlan, Marshalltown 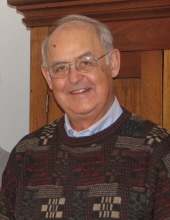