Nancy Bleuer of Clear Lake will drive to Iowa City and donate a kidney to a students father this week.
Bleuer, 54, is a teacher Washington Charlie Brown Preschool. She found out about Darreld Petersons condition in the fall. His son, Camden, was in her class.

Im not nervous; I have so much faith in God, Bleuer said. I do believe what you do comes back to you.

This sacrifice is something Bleuer feels she is called to do and wants to be part of her legacy.

My dad died at 56, Bleuer said. There are people who think this is crazy, but this is important.

On the day she found out about Peterson, Bleuer was at the doctors office for a sinus infection and a double ear infection.

I felt like a lava lamp of mucus, Bleuer said, laughing. I must have looked and sounded terrible.

She ran into a family member of Petersons who said the family had spent a lot of time in the emergency room.

My mind immediately went to, Camden is sick, Bleuer said. Camdens dad was going through kidney failure, and on his good day, he has 17 percent kidney usage.

Bleuer then asked about the next step for Peterson.

Right away, I thought about the student too and how it would affect him, she said.

Peterson was on dialysis and in need of a kidney donor. Bleuer thought, what does a person have to do to be tested?

Im sure I looked just like the person they wanted to donate, Bleuer said sarcastically. Not the picture of health at the moment.

Peterson dropped off some donation forms in the classroom and thanked her for considering testing and donating.

Bleuer heard that the ideal age for organ donation was between 18 to 45 which made her nervous.

After some blood tests, Bleuer found out she was a match in January. That approval kicked off a series of examinations and tests for blood pressure, cholesterol, cancers and more, which is intimidating, Bleuer said. That process takes about six months.

It includes psychological testing as well. Peterson was excited but also told Bleuer not to get her hopes up too much.

Despite her illness in the fall, overall Bleuer is a very healthy person which she already knew.

She was told that she was in fantastic health by the doctors including great nutrition.

Throughout the process, Bleuer said there are several groups that help with the process as an advocate and as support systems. She was put in touch with another North Iowa woman who previously donated a kidney to discuss what the experience would be like.

One of the most important parts is recovery after the surgery.

I knew that there would be a loss of vacation pay and sick pay, but I dont use it for anything else, Bleuer said. Might as well use it for somebody else.

He said, 'Youre going to make my dad better and live a long time, Bleuer said. That just melts your heart.

Bleuer is cleared for the same-day transplant surgery, which is scheduled for Thursday at the University of Iowa hospital in Iowa City.

I have ultimate trust in the team at University of Iowa, Bleuer said. Theyve been amazing. 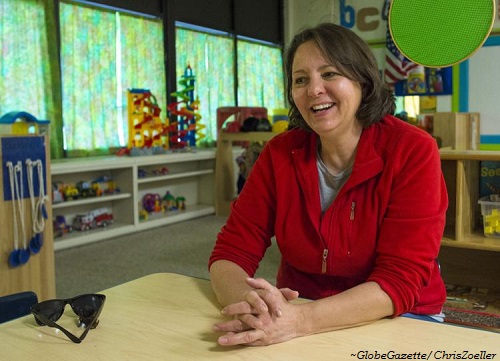