Bill Riley was an Iowa institution known as "Mr. State Fair." The popular broadcast personality encouraged talented youngsters for more than half a century.

William J. Riley was born [October 7] 1920 in Iowa Falls. His father died when he was 18 months old, and his mother, Genevieve, struggled to make ends meet during the Depression.

At 14, Riley visited the State Fair and decided he wanted to be like Ronald "Dutch" Reagan, who was broadcasting sports events from the fairgrounds.

Riley's career began at 16 when he started reporting sports stories for the Iowa Falls Citizen "at $1 per week." Riley attended Ellsworth College and Loras College. He served in the Army, then joined KRNT radio in Des Moines in 1943 as a news rewrite man, gradually acquiring more duties. At one point he was doing more than 20 live shows per week, either on radio or television.

Riley started reporting at the fair in 1946 for KRNT radio, the same year the station introduced television to Iowa, with live acts shown over closed-circuit TV on the fairgrounds.

He first approached Iowa State Fair secretary Lloyd Cunningham about showcasing talented kids during the State Fair. Two years worth of convincing later, Riley initiated the Iowa State Fair Talent Search in 1959/60 and [it is] estimated he introduced more than 100,000 performers over the years, many of them rock and roll bands. The talent he exposed to the public via the Talent Search, Talent Sprouts and Teen Town programs have included such Iowa RockNRoll Music Association Hall of Fame members as: Echos V (1967 Battle of the Bands winner), Dominic & the Dominoes, Tommy Tucker and Last Shades of Dawn.

He went from town to town in Iowa, holding talent competitions for Iowans: Sprouts (ages 2-12) and Seniors (ages 13-21). The best of these would then come to compete at the Iowa State Fair. During the Iowa State Fair, there are seven days of preliminary competition for Sprouts and Seniors, followed by three days of semi-finals and, ultimately, the selection of six Sprout champions and one Senior champion the final day of the State Fair. Affectionately known as "Mr. State Fair," Bill was the host and cheerleader for these competitions until he retired in 1996.

Riley played an early role in raising funds for bicycle and recreation trails, and helped establish Des Moines' first modern zoo, Blank Park Zoo. He also was instrumental in the fund raising to build the Science Center of Iowa. In 1973 he resigned from KRNT to become an executive with Hawkeye Cablevision.

He turned over the reins as host of the State Fair Talent Search show to his son Bill Jr. and Terry Rich in 1996.

"Our daily shows started at 2 o'clock. They were so popular that people weren't attending the afternoon shows in the Grandstand, so the Fair Board asked us to move our start time to 1 o'clock. Then, people went on the Grandstand, but they got there late. So finally, we started our shows at Noon." ~ Bill Riley Sr.

The fairground's Plaza Stage [directly south of the administrion building] where the talent contest was held was renamed in the Anne and Bill Riley Stage honor in 1993. Many of the talent show participants have gone on to successful careers, such as Simon Estes and Carrie McDowell. A total of 110 contestants participated in the talent search in 2006. Riley was inducted into the Iowa Rock 'n Roll Music Association's Hall of Fame in 2004. Bill Rileys support for musicians is monumental and without a doubt Hall of Fame caliber. In 2006 the state fair honored Riley as the grand marshal of the fair parade. Also, his likeness was sculpted in butter by Sarah Pratt.

The Legacy of Bill Riley Sr.
Along the way, Anne and Bill Riley established a fund to inspire and encourage Iowa projects such as those accomplished by Bill, Anne and thousands of Iowans working together over the years.

Along the way, Anne and Bill Riley established a fund to inspire and encourage Iowa projects such as those accomplished by Bill, Anne and thousands of Iowans working together over the years. 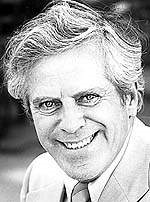