A son of Ingram and Hildreth (Covington) Kleaveland, Rodney was born on December 19, 1922, in Sioux Rapids, Iowa. He grew up in Sioux Rapids, graduating from Sioux Rapids High School in 1940. Then, he continued his education at Iowa State University Veterinarian School where he, also, joined the Iowa State Equestrian Team and ROTC. Dr. Kleaveland graduated in 1944.

Dr. Kleaveland worked as a licensed veterinarian for sixty-seven years. Also active in his community, he served as a board member of the Little Sioux Golf and Country Club, the Iowa Pork Producers, the Iowa State University Extension, and the Buena Vista County Conservation Board for over twenty-five years. Dr. Kleaveland was a member of the Sioux Rapids American Legion and the Iowa State Veterinarian Association. He had worked as a Farm Manager since the late 1960s.

In his spare time, Dr. Kleaveland loved to spend time out on the golf course. He was instrumental in establishing the Little Sioux Golf and Country Club. Whether fishing or boating, he loved the outdoors. In addition, he took time to travel the world including trips to China, Africa, and Europe. Dr. Kleaveland liked to dance, read, play pool, and spend his winters in Texas. He, always, wanted to learn something new. Most of all, however, Dr. Kleaveland loved spending time with his family, especially with his grandchildren, his pride and joy. 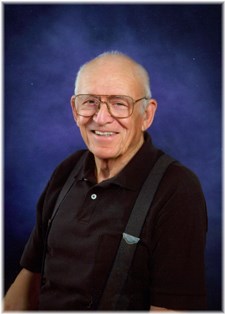